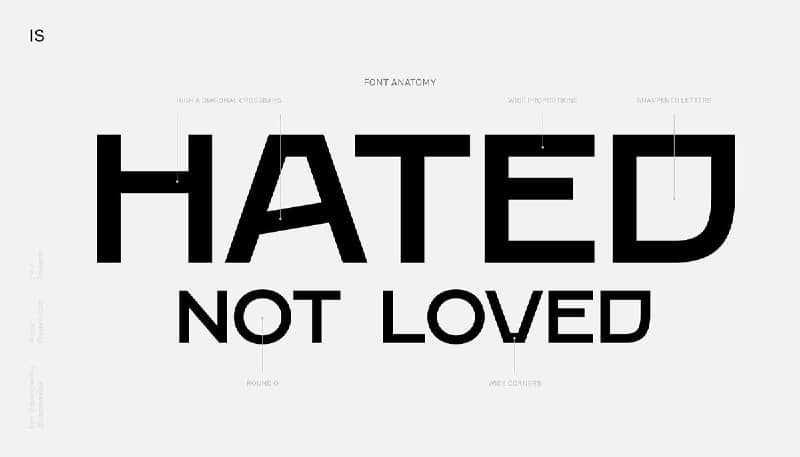 Are you a graphic designer and often looking for fonts that fit well with the overall style of your work?

In this article, we have collected for you the 5 best fonts that can be called “angry”. They will allow you to convey a gloomy and rough atmosphere in your work, and also add some notes of anger to it.

We hope that you will be able to choose a font that is perfect for your project. We took care of you and added a link to each font from the list, by clicking on which you can download it for free.

Make sure you carefully read all the details of the license agreement for each font. Some of them are free for personal use, but may cost a commercial license.

The Friday 13 font version 1.3 belongs to the Friday 13 font family and has a Regular weight. This font was designed by Thomas W. Otto, who belongs to NORFOK (creating fonts with incredible design).
Friday the 13th is a great typeface to complement any horror picture or just an image with a depressing and energizing atmosphere. The letters are sloppy and sometimes harsh symbols.

DeathRattle BB is a sloppy typeface that gives text a particularly angry and aggressive style. The notorious Blambot company was involved in the development of this font, and this work was a success for them, because they perfectly managed to convey the necessary mood through this font – anger and hostility. Also, which is not unimportant, the font supports 12 languages ​​and is allowed for use in non-commercial activities.

Restrained and with clear edges, but at the same time hard and furious. This is how you can describe the Horrormaster font, which was created by designer Chad Savage (Sinister Visions team). Also, one of the features of this font is the center, slightly shifted to the top – this gives the font a peculiarity and in some way individuality. From below, each letter has a similar appearance – an arrow that narrows towards the bottom.

Another angry font that we found just for you is Liqudism. The name of this font speaks for itself, Liqudism – liquidism, that is, destruction, anger and hatred. Liqudism is notable for the fact that each letter of the font is created in the style of an outline character, which has characteristic smudges. Designer Jakob Fishcer is really to be thanked for the development of this typeface.

Finally, a font that is radically different from all the previously provided fonts in our selection. But with all this, SpookShow is no less angry and aggressive than those previously listed. The difference lies in the subtle writing of letters, each of which has its own characteristics (sharp corners, smudges, arrows, and much more). The SpookShow font was created by the American company Nitemare Productionz in 1998.