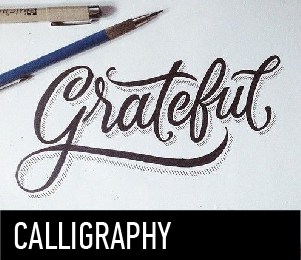 Calligraphy – one of the branches of art. More calligraphy is often called the art of beautiful writing. The modern definition of calligraphy reads as follows: “Your art signs in an expressive, harmonious and skillful manner”.

writing history – a history of the evolution of aesthetic concepts, developing within the technical skills, information transmission speed and material limitations of a person, time and space. The writing style is usually described as a script, hand or alphabet.

Modern calligraphy is quite varied – from household handwritten inscriptions on the cards to a high art, in which the expression is written by hand is not always a sign gives rise to clear letter shapes. Classical calligraphy differs significantly from work and non-standard font handwritten forms, though a calligrapher should be able to do something, and more; letters are formed in such forms historically, but they are fluid and spontaneous and always born at the time of writing.